学术报告（2016-09-13）：The Chicken: Its Contributions to Science and Society as Viewed by a Farmer-Scientist

报告题目：The Chicken: Its Contributions to Science and Society as Viewed by a Farmer-Scientist 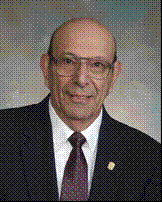 Dr. Paul Siegel was raised on a small (12 hectares) family poultry and tobacco farm in the Northeastern part of the United States.  After receiving his BS in Poultry from the University of Connecticut, he went 2,500 km to America’s heartland (Kansas) where he received his MS and PhD in Genetics.

Upon completion of his PhD in 1956, he moved 1,800 km to the southern United States where he joined the faculty at Virginia Tech.  Currently, he holds the rank of University Distinguished Professor, Active Emeritus (this rank is limited to <1% of the faculty).  While at Virginia Tech, he has taught graduate and undergraduate courses in poultry, genetics, and behavior, as well as serving as major advisor to >50 graduate students.

The author of >500 publications, he is the recipient of numerous awards for his research, including an honorary doctorate from Swedish Agricultural University, and is an Inductee to the American Poultry Industry Hall of Fame and the International Poultry Hall of Fame.